AUDACIOUS JOURNALISM: THE ARTS AND STYLE OF RECORDED HISTORY 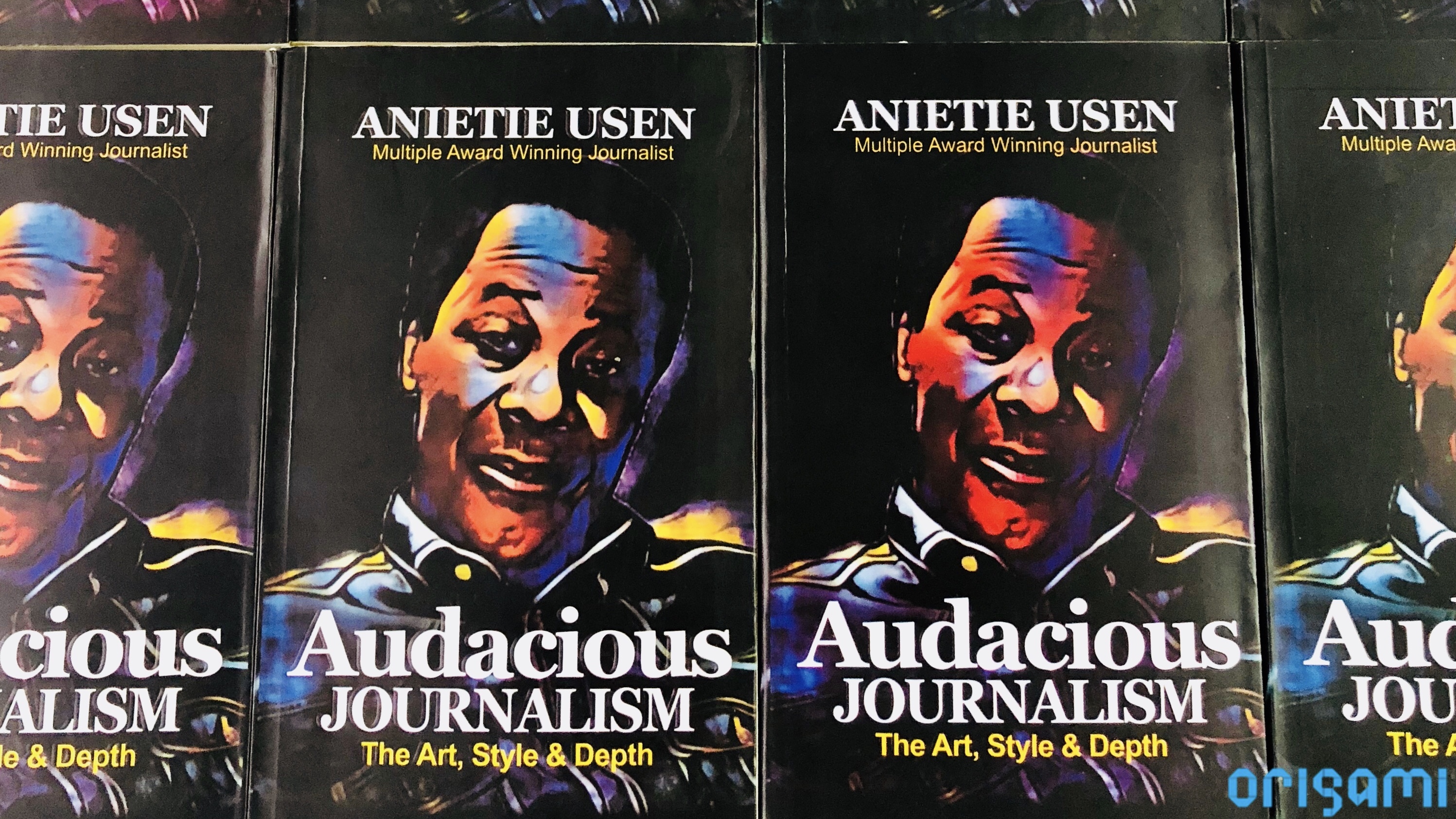 20 Sep AUDACIOUS JOURNALISM: THE ARTS AND STYLE OF RECORDED HISTORY

Posted at 11:08h in Uncategorized by parresia01 0 Comments
0 Likes 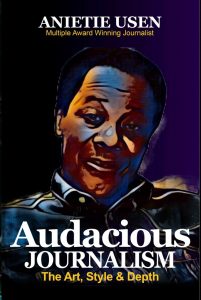 It is often said that journalism is the first rough draft of history. Perhaps this statement is true, in the sense that journalism records events while they are yet happening. It is a draft because drafts are often subjected to revisions, distortions, additions and subtractions. That, most people would agree, is the basis of alternative truth. But this little essay is not about alternative truth.

Audacious Journalism is Anietie Usen’s testament to a rich, long and varied career as a journalist. Anietie Usen’s career spans decades and locales that have witnessed him becoming one of the most decorated journalists in Nigeria. Moving from Punch Newspapers, Anietie Usen was a pioneering reporter with Newswatch Magazine, Dele Giwa’s audacious foray into journalism with a tinge on the investigative. Most Nigerians would know how Dele Giwa ended up – charred and mangled by a letter bomb that reportedly came from the state house. On that day of Dele Giwa’s forced passing, Anietie Usen was on Dele Giwa’s street, on his way to a meeting with Dele Giwa about some news item that was to come out the next day in Newswatch.

Perhaps, Anietie Usen’s closeness to Dele Giwa informed his reportage of that particular story as it came out in Newswatch the next Monday. In the prologue to Audacious Journalism, the author details how he was caught in a cross between remaining on the scene to do a blow by blow account or to flee for safety. What he did and rendered a blow by blow account, he definitely did.

Anietie Usen’s daring and his penchant for detail would show up in many situations as he crisscrossed the world to get his stories. Once, he simply walked on to the presidential villa in Liberia to get an interview with the president. The result of that audacity is the article ‘Why Can’t I Speak with The President.’ That article is just one of the many high profile interviews in Mr Usen’s career and recorded in this book. The book contains interviews with such high profile men as Ojukwu, Alex Ekweme, Adamu Ciroma and others.

Mr Usen’s nose for detail has also led him on near-death trails. In this book, the reader will come across a series of articles about the war in Liberia written by the author. It is important to note that Mr Usen was a survivor of that assignment. His partner Krees Imodibe and Tayo Awotosin died at the hands of anti-government rebel soldiers on their way from Monrovia to Sierra Leone by road. Preceding that assignment to Liberia, Mr Usen had been held for two days in Afghanistan, and it was only his familiarity with the American Embassy that secured his release and his life. The result of the ordeal is contained in the section titled ‘World’ in the book.

Anietie Uses’s expertise is not limited to political issues – that is the bulk of it. His expertise is also applied to other issues f national concern. One of those in the crash of a plane a Lagos bound plane from Portharcourt. After crashing in the water in the Ejinrin part of Lagos, Mr USen would go beyond the periphery to obtain scarce truth by listening to the contents of the black box. The article is appropriately titled ‘The Crash of Flight 086.’ As far as disaster’s go, Mr Usen covers local disasters that included falling houses which left unnecessary deaths in their wake. ‘The House that Quacks Built’ is one of such articles.

To be clear, the information contained in this book goes to the heart of national and international consciousness. Covering policy issues that have seen abandoned projects whose price continue to rise. International happening whose subsistence would go on to shape world policies and international diplomacy have not escaped Mr Usen’s pen. This bears testament to the fact that Mr Usen is one journalist with a view of the world.

The book ends with a closer, ‘The Fall of America.’ That piece was written shortly after Donald Trump emerged as the president of America. In that piece, Mr USen makes some bold and religious declaration. Before anyone would condemn Mr USen as spurious, it is important to note that the truth is not true if it cannot be spoken independently. Truth is not the same without censure. Mr Usen has spoken his mind and that is his truth.

What Mr Usen aims with a publication like this is spelt out in the rider to the title. ‘Th Art, Style and Depth.’ Mr USen simply means to show how journalism was done and how truth should be recorded. In this reviewers opinion, the author has done just that, and more. Audacious journalism is not a ‘how-to book’, rather it is a demonstration book, in which a master finely distilled his skills in a lump sum of testimonies. The book is, therefore, all at once, a book of history, a jarring of the national consciousness, and a treasure trove of information.

The only downside to this opinion is that the articles are not dated. Perhaps, it is deliberate – a ploy to keep the reader from turning historian, and just stick to the arts, style and depth. Perhaps it is a test – anyone interested in looking for history should do his research about dates.

This book is a big volume, and it is the testament of a man with a very large heart.