Living The Dream in Limbo: A Psycho-philosophical Interpretation of Ever Obi’s Men Don’t Die

26 Jun Living The Dream in Limbo: A Psycho-philosophical Interpretation of Ever Obi’s Men Don’t Die

Posted at 09:44h in Uncategorized by The Parrésia Blog 0 Comments
0 Likes 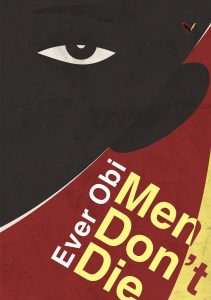 Ever Obi’s Men Don’t Die is a 342-page fictional piece from the Regium imprint of Paressia Publishers. The title of this imagination-provoking text is a bold assertion that ‘men don’t die’, which also bellies the underlying semantic extension that dreams don’t die. But in reality, this is fully clad truth, walking upside down; judging from the progression of the plot, the dilemma of the unsuspecting reader and the mental exhaustion of the protagonist, Brume Lauva. Suffice it to say that the only villain in this story is the Boogey man─ death! Death exposed the reality that our humanity is marred by frailties and we are puns at the whims of our own miscalculations and inordinate desires. A common factor connects all the characters and that is death, and the many ways in which the characters affected by it, handle the accompanying losses. In Men Don’t Die, we witness the varying degrees of grief and how it connects people; Eddie Lauva loses his wife, Brume loses his mother and his father, Turmi and his family loses their mother, Philip Odoh and Vicki loses Aiwa, Gabe loses his wife, Ify, her father and their entire family mourn the painful exit of Emma. And if we travel down to the surreal and antithetical worlds of Acosmos and Makoko, Brume lost Nnamdi and Lisa before he even got to know, while the entire family of Pa Nebu died. There is also the material and emotional level of loss of relationships and things as seen in Brume’s loss of Yaya, the love of his life, Gabe’s deep reflections on how his teenage daughter lost her innocence and now walks around with a protruding belly, and Barrel’s loss of his loot, every man carries in his heart, a burden of grief processed in intricate uniqueness. 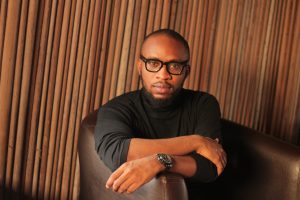 There is a deep philosophical thrust to Ever Obi’s Men Don’t Die, the author suggests either willfully or by sheer coincidence of creative agency (I mean Ever believes in the divine frenzy and the natural flow of the story as he doesn’t take responsibility for the psychic violence witnessed in this unique tale), that the dead are not completely dead as we carry them in our hearts and give life to them once again through our memories, reflections and grief. And subsumed within the plot is the belief that the world of the living and the dead are interconnected and somewhere in the middle, we have the world of the undead; restless souls with unresolved conflicts, unexplored desires, unfinished businesses; souls that wander at the threshold between the living and the dead. I mean the rate at which Brume kept sleeping and waking and closing and opening his eyes while in transit physically and while transiting across worlds, I deluded myself with the possibility that there might be a sequel in which Brume would wake up yet again and take his offer letter to his dream job, and welcome back his strayed but repentant sweetheart Yaya. I also imagined that the dream girl, Aiwa, who slept at studios in America at the expense of her medical school grades somehow missed the ill-fated flight and is alive somewhere living her dreams of becoming a musical star. I couldn’t bear the torture that all their dreams and vexation of spirit ended up in Limbo and eventually, Brume, in particular, was seen standing on sinking sand that ultimately swallowed him up. Nnamdi and his fiancé are seen living their marital dreams and raising their son in Limbo where Nnamdi had retired from his oil company job to become a world-acclaimed business coach and tycoon. Acosmos is another cosmos where unfulfilled human desires and dreams are made to seem to have been accomplished. And beyond surrealism is the placebo effect that Acosmos gave Brume and for once we see a man calm and living out all his life dreams until… This author played on our minds and did he win? Of course, he won countless times as we didn’t see the end of the mind game coming until we got to the end!

There are two groups of people who handled under-achievement in life differently. Fanti, Turmi, Eddie Lauva, approached life with contentment and hope, while Brume, Yaya, Mr Ebiri and Gabe expected so much from life and to give them the benefit of the doubt, they initially tried but failed to sustain the will to be calm and hopeful in their circumstances. Brume’s case is peculiar as he is a bit self-conceited and consumed with the will to “become” and this made him feel easily rejected by loved ones and a failure; he ended up concluding that the world had conspired against him. He never spared a thought or benefit of the doubt for the supposed choices of those he felt abandoned him and other possibilities there might be. This fictional text is the definition of realism and resonates the bitter truth that sometimes, our dream happy endings either don’t happen or perhaps don’t end happy and the title reiterates this fact when the word “don’t” is removed from it; men die, dreams die and only the living can dream and fulfil their dreams. Acosmos is just a fickle of a dead man’s mind and as such not real. This may sound like cliché, but of a truth, the darkest hour is closest to dawn hence the need to keep hope alive and make the right decisions. Just as Obierika is a foil for the character of Okonkwo in Chinua Achebe’s Things Fall Apart, so is Turmi to Brume. And Eddie Lauva, Brume’s father seems to me like an improved version of Nwoye, Okonkwo’s father in Things Fall Apart. The ultimate end of Brume who is not a bad man but a man who made poor decisions is as self-destructive and as suicidal as Okonkwo’s decisions. Thus he embarked on a suicide mission when he took the heavy bag of money, and his suicide was sealed even before the accident as he carried the heavy bag of money on his shaky legs. Thus, in Men Don’t Die, we see the end of over-attachment to dogma’s, dreams and sense of achievement as seen in Turmi’s mother, Brume and Philip Odoh respectively.

And the title of David Diop’s poem, “Looser of Everything” knells in my head when I reflect on the characters of Brume, Philip Odoh, Pa Nebu, Aiwa, Turmi’s mother, Barrel, Gabe and to an extent Nnamdi. Pa Nebu’s circumstances are more bizarre as it seemed his children lived out the fates of the biblical villians whose names they bore. Nebuchadnezzar was locked away in prison where he must have been treated like an animal for over seven years before he died, Judas died while “attempting” to steal and Jezebel was bellied by the debris-clogged stagnant river of Makoko. Igbos often say that, Aha onye na edu onye; a man’s name orders his journey of life and Men Don’t Die echoes this truism through the fates of Pa Nebu’s entire family including his wife. One of life’s puzzles on the silence of the universe and God as seen in The Myth of Sisyphus is seen in the death of a prophetess while hoping for a miracle and the death of a mother while praying. The image of Turmi’s mother on her hospital bed fervently waiting for a miracle and that of her family sitting at the church pew praying for her recovery is allusive to Samuel Beckett’s Waiting for Godot, the miracle never came but her weary and ever-searching soul finally found rest. For me, Brume’s suicide note happens to be the highlight of the entire story as it echoes some of the questions we carry in our hearts. There is a Marxist undertone of the plight of the underdogs and the class stratification of the society into haves and have-nots, but death, disease and loss levelled up the two binaries as both the rich and the poor cried over here!

Summarily, I give a hearty 4.5/5 to Ever Obi’s Men Don’t Die and will recommend it for everyone especially those seeking closure to some of the puzzles of life, existence, afterlife, death and other related philosophical truths. This creative piece is highly philosophical without being preachy, almost like the author played the role of a tour guide like Judas’ ghost did at the end or a chaperon like Junior, and allowed us to discover events for ourselves without necessarily giving away his position. I love the playful unseriousness of minor characters like Maurice, Junior and Baba Obirin who amidst life’s circumstances find their expression and spread joy. I also spotted few typographical and lexical errors which were contextual than outright. Men Don’t Die is a needed break away from the normal and the natural and I loved every bit of the journey that brought with it some sense of otherworldliness. Brume remains my hero, as he threaded the path we all dread but must thread.