Of Nigerian Delicacies and Diverse Literary Palates: A Review of Iquo DianaAbasi’s “Efo Riro & Other Stories.**

Posted at 10:25h in Uncategorized by The Parrésia Blog 0 Comments
0 Likes 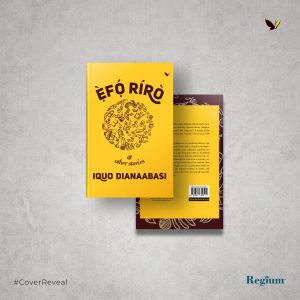 There is this magic that happens when poets write prose. 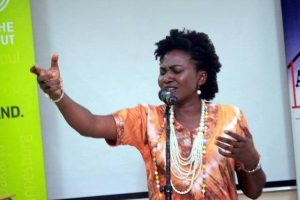 Something about the freedom that poetry allows. Those flights of fancy, poetic license, loosening of strict grammatical rules and the rather ironic restrictions to the use of words which help create an all-round tighter prose output.

The brilliant poet and novelist Caoilinn Hughes in her June 2018 essay in GRANTA “When Poets Write Novels” summarizes it neatly as thus: It’s not just the sentences – though me-o-my, the sentences! – it’s the sensibility. When poets turn their hands to prose, those hands might well belong to Midas. In the best of these novels, poetry’s philosophy, acuity and truth-seeking are carried over into the prose.

I thus approached the reading of Efo Riro and other stories, the collection of stories by Iquo DianaAbasi with a certain kind of expectation. Besides the title – a rich vegetable delicacy of Western Nigerian origin – which very easily could make one salivate in anticipation, the author herself is a poet and remarkably, her 2013 collection of poems Symphony of Becoming was shortlisted for the Nigeria Prize for Literature among other such accolades. I can say quite frankly that I was not disappointed.

Efo Riro and Other Stories brings together 19 short stories all of which are set primarily in Nigeria and cover a range of themes and contemporary human-interest issues that form a chunk of our daily realities as Nigerians. From domestic abuse, love, heartbreaks and social media shenanigans to mysterious disappearances, polygamy, abortion, betrayal and post-partum depression. And as diverse as the themes are, so are the characters as well as the literary devices Iquo employs in serving each narrative, presenting in the whole a complete package, enough to tantalize your literary palate.

A quick look at a few of the stories will be apt to paint a general picture. The opening story Efo Riro from which the collection derives its title is told completely in pidgin English. The humour laden story of the driver of a red Venza which grew wings in broad daylight is an ode to the beauty in our pidgin English and a peep into what it can be used to achieve in contemporary Nigerian fiction writing.

Your Tongue is Fettered is about the twist in the tale of a ritual to revive a sick husband. In E-Pals, the daily gossip threads we are often regaled with on twitter comes to life, showcasing what love and lust feel like in the age of the internet.

That Place, That Night takes you through the gory experiences of repeated abortions consequent on misguided love that fails repeatedly. Football makes a cameo appearance in Champions of a Blue sky when a man who had disappeared after a Champions League match reappears to upend the life of his wife who was just starting to move on.

The sins of a cheating wife are visited on the man she is having an affair with, in Treasure one of the shorter stories in the collection told in the present but interspaced with flashes of the past.

Iquo’s writing is as real as it gets. No sugar coating or embellishments. She excels in writing the characters in their true settings. There is humour, violence, poverty, sex and ‘happily ever after’ is not always the outcome of events just as the ‘good’ does not always triumph. Without rubbing it in your faces, Iquo places a mirror to society in this collection, revealing the many dynamics often at play and even makes subtle social and political commentary without coming off as didactic or an activist. The brevity of the stories makes the book a fast read, made even more so by the quality of the print. By the time you are done going through all 19 stories, you would have no doubt felt that satisfaction that good storytelling brings.

While a good number of the stories pack a punch and will remain in your thoughts for a long while, some others do not quite attain the same level of acuity and accomplishment. This sometimes leaves the feeling that the collection is like riding a wave, with successive crests and troughs. More crests than troughs, thankfully.

While the least successful stories are those where the characters are not developed enough to leave an impression (perhaps because being short stories she didn’t have space to fully explore such characters) or in which the ending felt a bit underwhelming, none of these impact the clarity and brilliance of Iquo’s writing and the impressive editing that made the prose shine.

In a world in which short story collections are often underrated, Efo Riro and Other Stories makes an impressive entry with short but loud bursts of colour and language that makes a good addition to the library of every keen collector of fine African writing.

*Sylva Nze Ifedigbo is the author of My Mind is no Longer Here, also published by Parresia Publishers. He is working on his next novel, a thriller.

**This review first appeared in www.thelagosreview.ng under the same name and by the same author.