#VoSContest – A Vault of Secrets

Posted at 25 Aug, 13:24h in Uncategorized by The Parrésia Blog 0 Comments
0 Likes
— #VoSContest – A Vault of Secrets 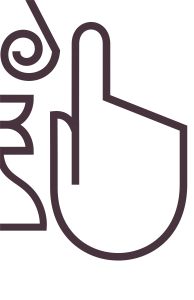 Sade looked at the small gathering, a family meeting or more precisely, a tribunal called to decide her fate. Obinna, her husband, had walked in on her and the next-door neighbour, Lynda, in bed. Lynda, a foreigner who worked at the American embassy had only moved in a little less than a year ago. The affair had been on for half that period.

Obinna had been mad with anger, but she was more concerned about her two children, both aged under 5. He was the typical rich, spoilt, mummy’s boy, and their marriage was one of convenience, she was beautiful and he was rich. He had invited his father, Chief, his mother, his two sisters, his younger brother, Eze and his friend, Peter.

A dysfunctional family If there ever was one, Sade sized up everyone present and knew her best bet was to win the men over, but that wasn’t going to be a problem. Obinna cleared his throat and began narrating the events of the fateful night, towards the end, his voice rose, his nostrils flared and the veins on his neck threatened to pop. The child in Sade’s arms stirred.
“Obim lower your voice, you’ll wake the baby,” Sade said.

“Will you shut up! You this ogbanje, I knew you were a mistake when my son brought you to our home” her mother-in-law screamed.
“Mummy relax now” Eze pleaded. “C’mon shut up!” one of his sisters said, Sade could never tell their voices apart.

Sade was calm, the rest of the women were infuriated, the men were uncomfortable, but for different reasons. Sade’s calm and confidence stemmed from the fact that each man in the room, excluding Obinna, of course, had a reason to protect her, to protect themselves.
Chief was having an affair with one of Sade’s friends and when her friend had bragged about the new rich lover who showered her with gifts, Sade was eager to meet him. On getting to her friend’s new and lavishly furnished apartment, she had not expected to see her father-in-law. She really had no love for her mother-in-law so she kept her mouth shut and Chief kept her account full.
Eze had gotten a girl pregnant and being too afraid to go to Chief or any other member of the family, had come to her for help, she had referred them to a doctor friend of hers. So he owed her big time.
Then there was Peter, perhaps the most uncomfortable of them all, he had this scared yet betrayed look on his face and Sade couldn’t blame him. The news about Lynda had hit him harder than the rest, probably because they had been sleeping with each other for years. He looked at the child in her arms, his child, and looked away.
Chief stood up, cleared his throat awkwardly and said “We all know one of the fundamentals of marriage is forgiveness…” all the men nodded and murmured their agreement, Sade smiled. 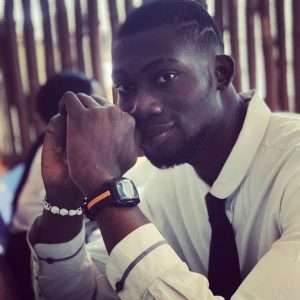 *Chidike Egwu is a third-year law student of the University of Nigeria, Enugu campus. He enjoys reading, mostly African literature. He writes poems and short stories in his spare time.