LEARNING THE HISTORY OF BLACK

18 Dec LEARNING THE HISTORY OF BLACK

Posted at 09:56h in Articles by The Parrésia Blog 0 Comments
0 Likes 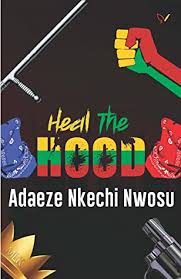 I believe it is important that we learn not just African American history but the history of other black people across the diaspora.

The above statement sets out the motif for Adaeze Nkechi Nwosu’s debut Novel, Heal the Hood. The novel follows Hatima Parker, a young black girl on the cusp of adulthood living in the southside of Chicago, in a small house in the hood. She surrounded by family, joy, chaos, death, ambition and the lack of it, drugs, sex and organised religion. Like many young people her age, Hatima goes to school and wants to succeed. However, unlike many young people her age, Hatima is clear about her goals in the long term- she wants to become an Africanist and a marine.

Heal the Hood opens at a period of great upheaval. It is 1993, and Rodney King, a man who has just been released from prison on parole is being chased by police officers for driving under the influence of Alcohol. When the police catch up to him, he is beaten almost to death. Hatima and members of her community learn of what happens to Rodney King through Dr Cecil L. Murray, the head pastor of First African Methodist Episcopal -FAME- Church. From the service, the issue of Rodney King becomes a black community issue that degenerates into a state-wide riot that sets the frame for the novel.

As Hatima navigates her blackness, family, community and ambition, we meet other characters who are likewise navigating their own identities and community. These characters include friends, colleagues, family, Koreans and police officers. Because we meet these characters through the observations of Hatima Parker, one wonders if we are treated to Hatima’s own view of the world. However, the author does something of skill here by showing the reader that Hatima could be objective and complex. So, while she is black, she recognises the humanity of others and tries her best to look past their race, limiting wrongdoing to the individual actors. A good example of this is when she befriends a police officer despite the ‘atrocities’ of the police with Rodney Kind. We see also that she goes on to date a Korean boy despite the overt racism of the Asians. What this does to the reader is that it makes one want to trust this girl who talks and talks and talks about herself and her ambitions. Since she was able to separate between wrongdoing and peoples, the reader is inclined to trust her assessment of other characters. Heal the hood contains a host of well-rounded characters, as well as characters who are there to help the narrative along.

Heal the Hood does not possess much dialogue. In fact, it reads like a girl who just wants to talk. Much of the narrativization is Hatima talking and educating the reader about black history and activism all over the world. While this might seem salutary to the central theme of the book, there are parts of it that just seem to drag to the point of boring the reader. So, when the reader encounters the occasional dialogue, it is a breath of fresh air – something to treasure until the next one comes along. This however does not mean that what she talks about are unimportant. In fact, a student of black history in the diaspora will find in Hatima’s monologues a full syllabus. Also, it is not tiring to read. Beyond the sometimes repetition, Heal the Hood is a wise book.

There are areas, however, where the author has made a tough call. There are parts in the novel where she decides to write out the lyrics of songs, and they on for pages. One wonders if it is the author’s way of showcasing choice pieces of Afro-American music and poetry. If it is, then perhaps, two pieces would have been enough. However, one notices that the choice of songs ties into the narrative perfectly. What should have been done, in this reader’s opinion, is that the songs should have been mentioned and may be written in full as an endnote at the back of the book. Or perhaps, it could be left for the reader to search out, thus ensuring reader participation.

The ending of the narrative is quite predictable. However, the roads that lead there takes the reader through many turns with the reader wondering about what might happen. 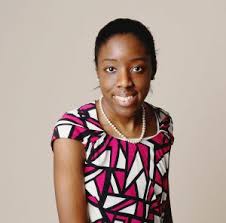 In part, Heal the Hood resonates with Angie Thomas’ The Hate U Give in many ways. It is complete in its resonance, with the ensemble of a female protagonist who participates in a riot and who has an uncle who is deep into drugs and cultism. However, Heal the Hood goes further to become a conscious narrative of the black experience in the world, and a call for peace.