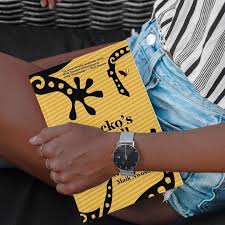 Posted at 08:58h in Uncategorized by The Parrésia Blog 0 Comments
0 Likes

Three Africans— Etiaba, Mzilikazi and Nadia — face the challenges of life in their countries and are forced to leave for exile by different circumstances. Though in different countries, they meet in a circumstance not envisaged and things take an amorous turn at some point.

Etiaba, the Nigerian, faces odds in Sa’ra, a village tucked in the Southeastern part of the country. He loses his job as a teacher because he reads a letter considered against the interest of His Excellency at the assembly ground. He relocates to Lagos and hopes the city of aquatic splendour will be kind to him, but after months of toiling without result, he begins to nurse the dream of going to God’s own country.

He succeeds at the first try and starts a listserve known as Gecko X for people to share their stories. The ignorance of an average American about others, especially Africans is on display when he is asked “what’s the colour of the sky in Nigeria” in a New York church. His host’s response that “some people here think that Cuba is the capital of Havana” is a blow behind the belt for Americans who know little or nothing outside of their vast land.

Mzilikazi, the South African, comes from Lamb Town, which disappears as a victim of white rule. He goes to Mozambique and from there he goes to England where he is educated. He returns to a South Africa and with Nelson Mandela as president he expects the Truth Commission will help the healing process. When he feels this will not be the case, he jets back to England— after promising his friends that he will return. In exile, he becomes a member of Gecko X to tell his story.

The woman among them, Nadia, in her native Egypt is shot into relevance and fame when she luckily takes the picture of a terrorist just before he kills his victims in a hotel. Months after, the terrorists strike her newspaper and she is made to relocate to Paris for things to cool down. In France, she joins Gecko X to while away time.

‘A Gecko’s Farewell’ fraternises with the traditional English novel form and the African oral storytelling tradition. The novel is grounded in tragedies, which make it difficult for there to be a dull moment. 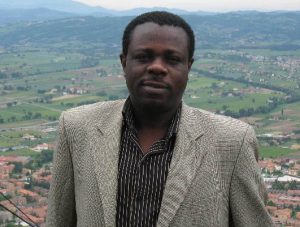 Through Etiaba, Biafra’s sun refuses to set. His father’s telling of the Biafran story brings to the fore the horror of that era, the losses that can never be recouped and the pains that will always be there.

We are also reminded of the great Christopher Okigbo, even though he is a fictional character here, but given the author’s open secret affection for the poet who died during the war, this account by Etiaba’s one-arm father reads like a fitting tribute to an exceptional man of letter and verse.

Etiaba also gives us the opportunity for us to see the military and the evil it wrought in Nigeria, the effects of which the nation is still reeling in.

Mzikilazi’s travails take us back to the South Africa of yore, whose shadows are still visible in the Rainbow Country and it is not a surprise that years after Mandela’s era, the soul of the country (the economy) is still in the firm grip of the white. Mzikilazi is not blind to the signs that things will not just change overnight.

His flashbacks, while he is inside the once white-only hotel, tell stories about him and his people now wiped off the face of the earth with every ounce of effort being deployed to deny they ever existed.

All in all, their experiences abroad show that escaping Africa is a task that is difficult to accomplish as wherever you are Africa has a way of calling like Gabriel Okara’s River Nun and Africans in Diaspora always answer one way or the other.

The story is told in the narrative past by each of the three main characters in the first-person technique. Nwosu manages the shift among the trio with a deft touch. He gives the book a candour and naturalness that is vital to its attainment as an exceptional work of art. 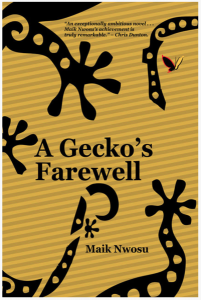 The author creates lucidity and authority and he builds images and descriptions with a unique power. Where necessary, Nwosu marries reality and fantasy and the result is a narration that leaves the reader salivating.

Choosing to use the concept of the characters meeting in spirit is like a confirmation of Nwosu’s love for uniqueness. His second novel ‘Alpha Song’ is narrated by a dying man who decides to bequeath his memory to his then under-aged child.

Maybe his next work will be told by a woman who is in between heaven and earth and trying to find her way back.

One more thing: It is difficult to read this book and not notice the fact that the author is fanatical about the poetry of language; it looks like he does not just use words: there appears to be art in almost every word he deploys. The seeming deliberateness in syntax is an added advantage to a riveting tale that takes effort to put down before “the story pealed like the song of morning birds”.

And yet another thing: Nwosu delivers an engrossing, magnificent novel with the deftness and craft of a poet who understands the novel form. 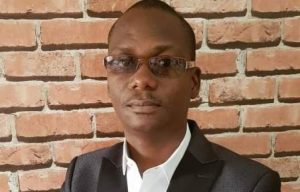 Olukorede S. Yishau is the author of ‘Vaults of Secrets’ and ‘In the Name of Our Father’