Book Review: The Son of the House 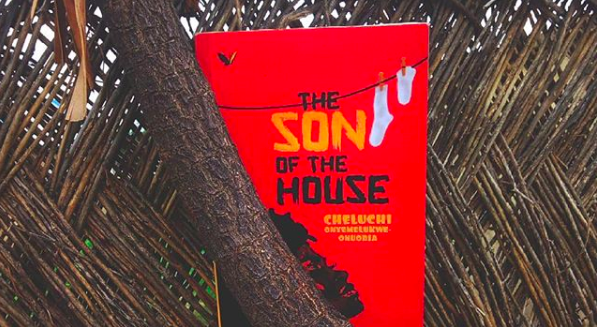 07 Aug Book Review: The Son of the House

Posted at 19:08h in Reviews by The Parrésia Blog 0 Comments
0 Likes

“It is important for a woman to have a life, I heard my mother say in my head. It is most important for a woman to have children, but she must have a life outside of her children because one day they will grow up or refuse to grow up. Either way, they will still leave you. I smiled. My mother had never really said that, never said anything beyond the fact that a woman must have children to be called a woman. But whenever anything like a word of wisdom popped into my head, I attributed it by force of habit to that quiet nature I had called Mother.”

This book revolved around the everyday travails of the African woman. Set in the Eastern part of Nigeria, there are themes on perseverance, doggedness, and determination. Most intriguing is how Cheluchi makes us see deeper into the regular saying – ‘women are women’s biggest enemies’.

Patriarchy has set goals for women to achieve for them to be seen as true women. It has also told them to see their fellow women as competition to achieving these goals, hence the unwarranted enmity. But the patriarchy who created this hostile environment, difficult for women to thrive in, takes a step backward and blames the women for their inbuilt enmity when the results start showing, which the society comes together to agree with.

Friendship and sisterhood also take centre stage. She manages to show us two contrasts: enmity and sisterhood between women. Mwabulu and Chidinma, Julie and Obiageli.

The story is based on the lives of two women, Nwabulu and Julie, who walked different paths in life but are intertwined by a major event that has left a gaping hole in their lives. Kidnapping is a blessing in disguise in this book as it is the unravelling tool through which every party – reader and characters – discover a lot about themselves.

Gender equality, which is almost a hard reach at the beginning of the story, evolves as the story progresses.

Some traditional practices, used as an oppressive tool against women to satisfy society’s selfish desires, comes to play when Nwabulu was forced to marry a dead man while she was heavy with another man’s child by her kinsmen, so they will be rid of her while giving the excuse that they do not want her child to be a bastard.

It is better for a child to bear a dead man’s name than no name at all.

Julie, weighed down by the desire to please her family, finds herself lying about a non-existent pregnancy so as to get married to a man crazed about the prospect of having a male child. After marriage, pregnancy refuses to show and she builds multiple bricks of lies to remain in the marriage.

I almost wanted to tag it a run-off-the-mill ordeal-of-women story halfway into the book as I took a break from it. But I’m glad I picked it up again. I’m glad I finished it. I found myself rooting for both women as it progressed, I found myself wanting to slap some of their thoughts away, like “Sis, don’t be stupid!”.

It’s 2019, and as ever, women are still defined by their childbearing abilities, women still feel incomplete without a child, women are still shamed if they don’t birth male children, there’s still the sermon of a ticking biological clock, so books like these still need to be written; and we still need to have more conversations about these topics.

It is never too much. It will never be.