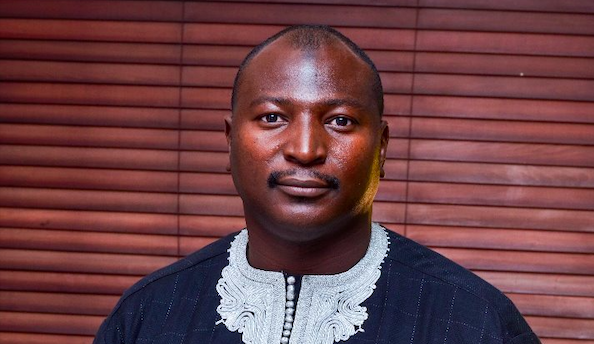 Posted at 09:52h in Uncategorized by The Parrésia Blog 0 Comments
0 Likes

Inside the cosy OneDrawGallery, Ikoyi, Lagos, art lovers gathered recently to discuss Abubakar Sidi’s collection of poems. The book titled The Poet of Dust revolves around civilisations, cross-continental interactions, Sufism, orality and musicality, sexual metaphors, the Northern poetry landscape, the use of Poetry in society, love, and god.

Themed Sands of History, the event was hosted by Atmosphere and moderated by writer and editor of Stockholm Review of Literature, Kelvin Kellman.

Kellman introduces the work by dwelling on the far-reaching implications of the relationship between the Sufi world and the African world.

Pulling the audience into the conversations around the subjects of the poetry, Kellman indicated that Sidi’s sexual metaphors are vehicles to engage social issues in ways that bring forth a musicality and an openness to human relationships amongst men, and with their maker.

For his extrapolation of sexual metaphors, Curator of  OneDrawGallery, Segun Adejumo, named Sidi, the gynaecologist of poetry.

Also, Co-Chair Committee for Relevant Art and publisher of Culture Dispatch, Jahman Anikulapo, noted that Sidi’s work asserts the freedom of the artist to engage society without being locked into the prisons of meaning-making that align.

Anikulapo also asked the poet about the developments of bards and literature in indigenous Hausa.

Responding, Sidi said that local bards are empowered to reach more people than in the official language because it reaches the mitochondria of lived lives, and stretches existing folklore.

Corroborating Sidi, Curator and Publisher of Praxis Magazine, Tee Jay Dan said the magazine has made great efforts in publishing literature in Hausa and other indigenous languages.

Continue Reading over @ The Nation